ONE way in which companies covered under the EPR Act can meet at least some of the requirements of the law is through a relatively new plastic offset program called Plastic Credit Exchange (PCX), a non-profit launched by social entrepreneur Nanette Medved-Po in the Philippines in 2018.

The program allows a company to achieve “plastic neutrality” — and add a badge certifying that to its brand — by purchasing offsets to its plastic footprint. The corresponding amount of post-consumer plastic waste is then gathered by the collection and processing network coordinated by PCX, either to be recycled or, as is the case for a majority of the low-value plastic waste, “co-processed” as an alternative fuel to coal or oil for cement kilns.

Although PCX has branched out with processing partners in other countries — one in Thailand, and one in India — nearly all of the plastic waste collected as offsets, about 95 percent according to PCX Standards and Compliance Manager Richard de Guzman, is gathered in the Philippines. Since 2019, de Guzman said, 31,063 metric tons of plastic waste have been removed from the environment by the program as of June 30 this year. De Guzman also highlighted that the program seeks to extend collectionefforts and provide additional livelihood opportunities for local communities; one of PCX’s key partnerships is the Friends of Hope’s Aling Tindera Waste-to-Cash Program. PCX has also partnered with SM to provide public collection points at its malls.

“The PCX model provides a systematic, transparent, traceable and scalable mechanism where brands and organizations from anywhere in the world can support grassroots, community-based and circular economy organizations to clean up plastic where they are most needed,” de Guzman said. “Plastic credits provide a mechanism where the cleanup of plastics can help provide additional livelihood, drive social behavior change and feed a more circular economy where no plastic ends up in nature.”

Not everyone is impressed with the PCX model, however. “Policies on EPR [and] plastic off-setting…can help partially address the plastic crisis and encourage producers and consumers to curb their plastic appetite,” EcoWaste Coalition Plastic Campaigner Coleen Salamat told The Manila Times. “However, these policies fail to address the critical problem, which is there is too much plastic being produced. Plastics are made of fossil fuels that emit significant amounts of greenhouse gases right at the very production, which of course is being produced by consistent polluters. EPR follows the polluters pay principle, [but] the law that was recently passed clearly didn’t impose hefty penalties for plastic production. The EPR law that we have legitimizes off-setting that only addresses plastic disposal not plastics as a whole and most importantly, its production.”

Another major sticking point in the plastic offset program from the perspective of environmental advocates is that much of the waste is eventually burned as fuel for cement kilns, creating additional harmful emissions and potentially toxic solid waste in the form of ash.

“Plastic Credit Exchange will collect plastic waste from their partners in the communities in exchange for cash. The plastic waste will be sent to the cement kilns to burn causing toxic pollution. It will be business as usual for the plastic polluter,” commented Sonia Mendoza, chairman of Mother Earth Foundation.

A 2013 research paper by the Global Alliance for Incinerator Alternatives (GAIA) provided some additional details. “Emissions from facilities that burn RDF (refuse-derived fuel) are always laced with dioxins and furan, which are a result of burning plastic and materials with chlorine. The mechanical segregation technologies that form part of RDF production do not have the capacity to eliminate common toxic substances like PVC (polyvinyl chloride) plastic or other domestic hazardous wastes,” the report stressed.

In an email statement, GAIA went further in its critique of the plastic offset concept. “[The program] allows plastic pollution to continue in one location as long as it is offset by reductions somewhere else. One bottling company in the US, for instance, can buy offset plastic credits from an offset project that pays for low-value plastic recovery in India. It is this context that could aggravate ‘waste colonialism’ in the Global South where developed countries as credit buyers continuously take advantage of cheap labor costs, weak regulations, etc., while waste workers and waste pickers in destination countries continue to bear the toxic burden of low-value plastic waste from developed countries.”

There are also some problematic market issues with plastic offsets, in part because of their relative novelty, GAIA noted. “The plastic credits market is quite new, and there is no single, globally-codified standard for determining how a credit is defined, approved, generated, verified, or tracked. Instead, dozens of organizations have launched services aimed at the emerging plastic credits market, each with their own set of definitions and standards. Every link in the chain adds complexity and reduces transparency, resulting in a crisscrossed, international system that, as seen with carbon markets, is ripe for miscommunications, misrepresentation, and even fraud.”

Asked to respond to the various criticisms, PCX Solutions Managing Director Vincent Kneefel stressed that a key facet of their program is to help companies work toward eventually reducing plastic generation to zero. “We help companies identify tangible action in their value chains, increase circularity, understand the risk and opportunities involved, and how companies can take responsibility for the plastic waste they cannot yet eliminate,” Kneefel said.

PCX’s de Guzman added, “Reduction and taking responsibility for plastic footprints requires comprehensive solutions sets which seek to minimize pre-consumer footprints — whatever is left after all other efforts are made, should be responsibility cleaned up and fueled back into the circular economy to prevent leakage into nature. We believe that offsets have a place as a bridge to take responsibility for essential plastics — and never as an excuse to perpetuate irresponsible behavior.”

The next likely step the government will take toward the reduction of plastic waste is to either impose a ban on single-use plastics or levy a tax on their use. Bills calling for both have been passed by the House of Representatives — HB 9147 for a ban passed in July 2021, while HB 9171 imposing a P20/kg tax on plastic bags was passed in December — but both are still awaiting counterpart measures in the Senate.

While HB 9147 received unanimous support in the House, and was likewise endorsed by the Climate Change Commission under the Duterte administration, it would appear that preferences in the Marcos administration are for the tax measure rather than the ban. Earlier in August, Finance Secretary Benjamin Diokno said that a tax on single-use plastics was “worth considering” as a pollution control method, a proposal that was quickly backed by the DENR.

“Imposing tax on single-use plastics is a positive development for the environment in several ways. It can promote the use of reusable packaging, reduce single-use plastic wastes, and extend the life of sanitary landfills,” Environmental Management Bureau (EMB) Director William Cuñado said in reaction to Diokno’s comments.

Environmental watchdogs view the proposed ban, even if it is imposed in phases, as the ultimate goal of reducing plastic waste, and a necessary measure for the country to get the most out of the recently enacted ERP Act. The tax proposal, however, is seen as problematic at best.

Break Free From Plastic’s Miko Aliño said that the proposed tax “is a welcome measure,” but suggested that the actual tax rate should be much higher.

“The cost of producing and handling plastic materials, including external cost, [should be] carefully considered by regulators. Ellen MacArthur Foundation, for instance, suggests raising the EPR fees for plastic flexibles (e.g. sachets, plastic packaging) to EUR 1,100 (P62,400) per metric ton, to address the need for additional collection, sorting and recycling infrastructure,” Aliño said.

Ecowaste Coalition’s Coleen Salamat was more critical of the tax proposal. “The EPR law that we have legitimizes off-setting that only addresses plastic disposal not plastics as a whole and most importantly, its production,” she said. “Taxing single-use plastic will just be passed to the consumers, failing to recognize again the major responsibility of corporations driving plastic production.

Clearly, through EPR law and taxing single-use plastic, polluters are not being held accountable. These attempted steps pose more harm than good to the environment and undermine our attempt to achieve climate justice.” 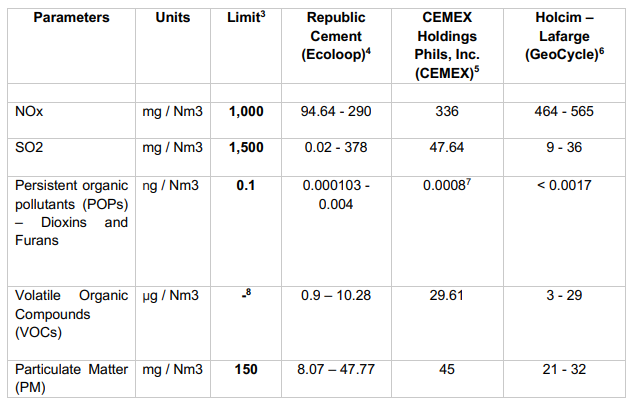